Fishing is more than just a hobby, it’s a sport! A sport a lot of people enjoy and appreciate. Trout is one of the most well-known fish to get fished around North America. That is why anglers, beginners, and experts alike need to know the dos and don’ts when fishing a trout. This is to ensure that the fishing experience is not only enjoyable but at the same time efficient.

Trout is quite sumptuous too, so should you decide to keep the catch then you are in for a treat.

In this article, we will discuss some trout fishing tips and all things you need to know about the game and the catch. Let’s reel them in!

Things you need to know about Trout!

Before we proceed to our main subject matter, let’s get you acquainted with Trout first!

The Brown trout and the sea trout belong to one polytypic species. There are 50 separate species of trout. Brown trout are vertebrates and are very genetically diverse. They have around 38 and 42 chromosome pairs compare that to humans which have 23 pairs.

Trout with different genes are still capable of producing offspring. Large trout can also consume larger prey. A large New Zealand trout can feed on mice. Brown and rainbow trout do not naturally interbreed in the wild but fish farms have produced what you call ‘brownbows’.

Rainbow trout and brown trout have the same ancestors but are divided into 2 groups way back 15 to 20 million years. A female brown trout can produce 2,000 eggs per kg or 900 eggs per lb. of its body weight during spawning.

Brown trout can live up to 20 years. Oftentimes, higher numbers of trout in an area means a smaller average weight and size of it. In certain areas, brown trout can be piscivorous especially when reaching the size of 20-25cm.

A pebble substrate and wave action may provide trout with its spawning habitat, this is on wind-swept shorelines.

Large brown trout can feed on small terrestrial animals that are unfortunate enough to fall into the water. Examples are baby birds or mice.

Trout and salmon have been known to interbreed and in turn, produce hybrids. The fertility of a female trout increases with size but lowers when the fish goes older. The majority of trout though dies even before they turn a year old.

Trout locate prey using the polarization of light which is usually difficult if you have eyes either side of the head.

Trout can quickly change color, they get darker as they get aggressive, and they turn lighter when being submissive. Trout won’t have scales in the first month in their lives. Trout also have body language. Fighting between trout is kept to a minimum.

They have teeth called vomerine teeth which is at the top of their mouth. This also helps in distinguishing trout from salmon. Trout have strong double row teeth. Trout also have elliptical eyes which allows them to focus on either food or predator.

A brown trout caught by Tom Healy back on September 11, 2009, weighed in at 41.45lb (18.80kg) and was from the Manistee River, Michigan. That set a new all-tackle record for the said species.

The Caspian trout is the largest subspecies of S. trutta, which reportedly weighed up to a huge 51 kilograms. Wild brown trout also do grow large. A 31-kilogram trout was caught in Lake Maggiore in Switzerland way back 1928.

Brown trout are not really native to North America. They were only introduced to the continent by the second half of the nineteenth century and were generally known to be from the UK and Germany.

They have become so well naturalized in certain countries that they have even out-competed some native fish. And yes, they are considered an invasive species. However, the impact they have in the economy due to the importance of tourism and sport fishing is quite considerable.

Some countries that brown trout have embedded themselves in are the USA, Canada, Australia, New Zealand, South Africa, Sri Lanka, Chile, and Argentina.

Where can you find Trout?

Now that you’ve brushed up on your Trout 101 let’s get down to the details about where you may see them, in hopes of catching some!

Trout frequent cold water and they often live in moving water because they oftentimes run up and down creeks and rivers. They also live in lakes hence the popular term for another species, called the Lake Trout. Trout are among one of the more usually stocked game species, where they are dropped in ponds, streams, and almost any body of water.

Trout is rather one of the more accessible wildlife food sources. Then can be found in the woods where there will be bobcats, bears, and other fishing wildlife. Remote rivers of lakes will most likely have a bountiful of trout. This, in turn, makes trout fishing a rather active game fishing, It is almost like hunting or tracking.

Trout are also quite abundant in deep great lakes because it gives them the chance to grow to massive sizes. Trout are found to feeding on smaller fishes in the depths of these lakes, namely salmon spawn as they raid their beds.

How To catch a Trout?

Alrighty! We are now at the meat of our discussion and as promised here are your Trout fishing tips!

The first thing you need to prepare before going out fishing or joining competitions is your – EQUIPMENT.

Make sure to bring the essential ones (you can go for an ultralight tackle for trout fishing):

Now that you know a lightweight decent rod and a is a must for Trout Fishing in case you don’t have one or your old rod makes too much noise, we reviewed some of the Best Trout Rods out there for you.

Also you need a smooth spinning reel if you want to stay top of the trout fishing game.
You can check our Spinning Reels review.

What to wear when going trout fishing?

When is the best time to fish for trout?

It is widely known that the best time to catch trout is during late spring. This is when larger fish also comes out in abundance. Trout is actually quite adept at avoiding baits and lures when it’s later in the season. This is where the rule of thumb comes in.

Trout aren’t able to dilate their pupils as they don’t have eyelids so they must find shade from the sun to evade bright lights. You should be able to easily wade in with your rubber boots if the trout is under cloud cover.

That’s why anglers fish right before dusk and until dark. Maybe even under a full moon as the darker, it is the more chances you can catch a larger fish. Move upstream for cooler waters during summer time as it should increase your chances of catching good trout.

Due to the variety of Trout we’ve classified them and the technique you should observe when trying to catch a few of it.

Fishing river trout should be a bit stricter as you’re competing or will be in contact with its wildlife predators, so be sure to brush up on the areas’ rules and regulations. River fishing should have distinct differences with lake fishing.

Make sure to bring with you the best baits for river trout: salmon roe, live earthworm, and canned corn kernels. The lighter lures should work on smaller rivers except if the water is moving rather quickly, this should require heavier lure.

Always cast slightly upstream to let your lure or bait to drift along with the current and appear livelier. You should allow 20 minutes for the hole to rest before fishing again as trout can get spook easily on smaller rivers.

Check on the weather forecast to ascertain which bait to fish. Fish worms should be effective after a rainstorm, with insects during a windy day.

Always keep in mind water and air temperatures, cooler temperatures should give you more chances to get a good haul. Make sure to secure a depth finder, knowing how to use it should prove valuable. You should be able to adjust your fishing depth with it depending on what the season is.

During summertime, lake trout will feed between first light and 11 in the morning. This is especially true when the water is calmer, the skies are as clear as glass, and the pressure is high.

During the earlier part of spring, your chances of catching should improve as trout feed in wider parts of the lake and longer periods of the day.

Trout stay afloat in the 53 degrees Fahrenheit of thermal layer as they follow schools of baitfish they love like white wish and suckers.

With the depth finder, you should fish your lure or bait around 10 feet with the surface after winter. Around 35 and 45 ft. during mid-spring, adjusting it to 50 and 65 ft. deep around late spring and lastly, 53-degree thermal layer in the summertime.

Rainbow Trout are the easiest species and most common trout to reel in North America, they are found both stocked, and in lakes or rivers. Packing a wide array of baits or lures should be ideal.

You can try using a small blue and silver spoon because it works on a wide array of species most certainly including the rainbow trout. As it possesses an attractive color and action that can surely lure the trout in.

Playdough-like substances are said to be most effective.

Trout are relatively available and abundant but that doesn’t entail that catching them doesn’t require regulation. It’s important to know the rules for you to be an effective and responsible angler.

Some areas require fishing licenses. In some, there is an open season for fishing them. There should also be rules imposed for the minimum length that you can keep.

In some states, they will provide guidelines for the catching and releasing of trout. This is employed to lessen the mortality rate of trout when released into the water.

Please do check any existing rules and regulations in your area or state before heading out.

Storage after getting a haul!

If you plan to keep your catch for food then you must know how to store the trout. This is to ensure that you only consume them fresh and healthy, this is quite applicable when you fish in warmer weather.

Once you catch some trout make sure to clean the fish as quickly as you can. Wipe clean or rinse the trout with water. Then, more importantly, store the fish in a cooler filled with especially if it’s a long trip home.

A multi-purpose fishing tackle bag can certainly reduce the hassle of a fisherman by organizing all the fishing equipment in different sections.
We have some of the Best Fishing Tackle Bag reviews on our site don’t forget to check them if you need one.

This video Trout Fishing 101 is extremely helpful for beginner fishermen, for all the pro anglers you guys can be missing some points.
So this video made by YouTube channel Addicted Fishing is definitely worth watching for all fishing enthusiastic.

Wow, was that a crash course on Trout or not? We hoped that you picked up some valuable trout fishing tips from our article. We made sure to research well to provide only legit and useful information for you to apply.

Trout won’t go away any time soon so be sure to arm yourself with knowledge that are tried and tested for you to up your game. For beginners, this guide is perfect, for veterans, this should be a good way to brush up on the fundamentals. So go out there and catch a trout or two, reel them all in! 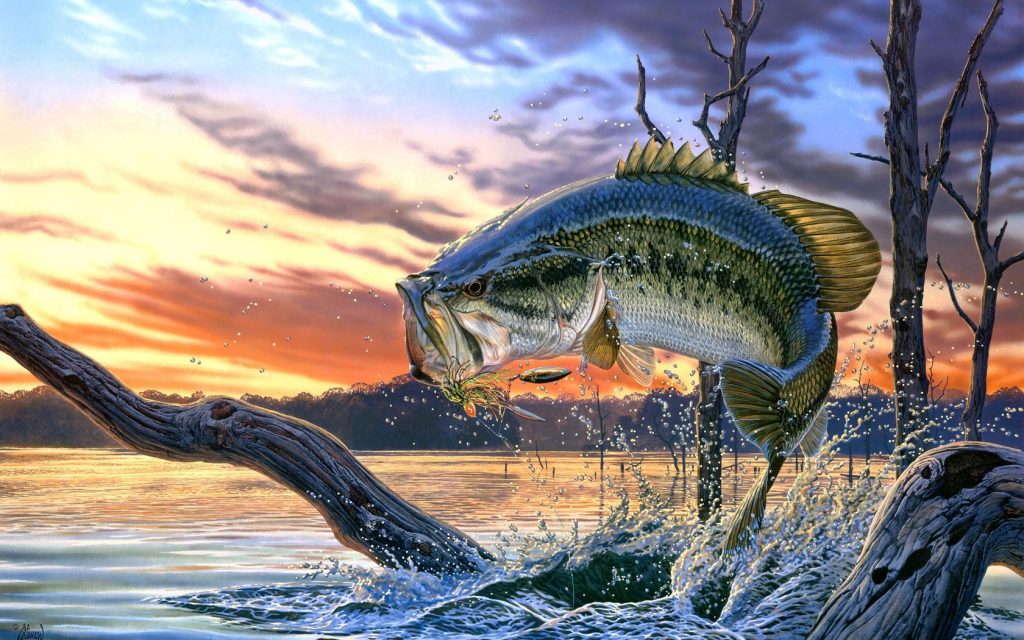 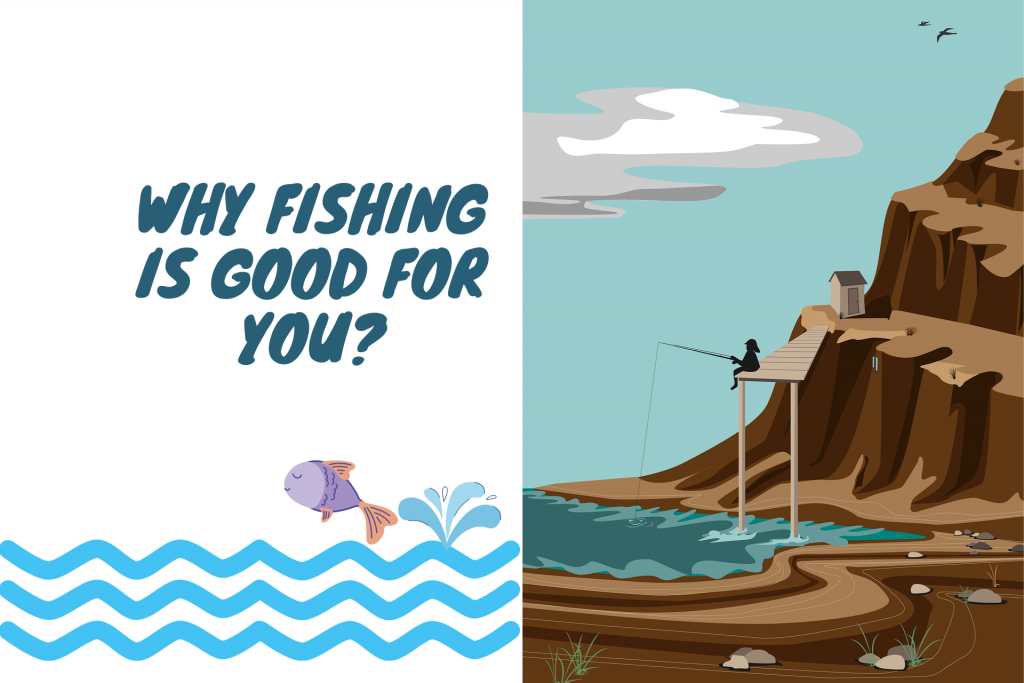